Both psychoanalysis and analytical psychology (Jungian Analysis) recognise the power of unconscious processes to shape our behaviour. Like an iceberg there is a great deal hidden beneath the surface of the mind about which we are unaware. We catch glimpses through dreams, slips of the tongue, day dreaming and fantasy, or patterns of behaviour/symptoms that surprise us about ourselves.

Often longstanding ways of relating to others or responding to events have outgrown their usefulness and are now constricting growth, confidence and capability. Psychotherapy and analysis can provide the context where these issues can be explored and understood in a safe place. Analysis of these inner conflicts can develop the capacity to bear the unbearable, think the unthinkable and with time these conflicts may be outgrown or transformed; allowing informed choices rather than knee-jerk reactions.

The interpretation of dreams is the royal road to a knowledge of unconscious activities of the mind. Sigmund Freud
Although Freud famously regarded dreams as the “royal road to the unconscious” he tended to view the unconscious as a dustbin for repressed feelings and treated images in dreams as disguised expressions of forbidden wishes especially sexual desire.

Jung took a different stance to Freud. Jung saw the contents of the unconscious as potentially valuable (containing untapped resources and as well as repressed feelings or characteristics); he also took a broader view of the libido (psychic energy) and did not restrict it to sexual desire.

Jungian analyst Marilyn Mathew writes:-
‘In Jung’s view the unconscious is not simply the place where we bury our primitive sexual and aggressive desires, a repository of repression and taboo, but also a treasure-house of deep and ancient wisdom, full of potential.”
Marilyn Mathew: BJAA Article: 'About Jung.'

According to Jung the psyche (the totality of mind, body and feelings) tends to maintain a natural balance; rather like a thermostat it is a self-regulating system. The contents of the psyche (feelings, thoughts, dreams, fantasies, intuitions, bodily symptoms) all work together to help compensate for any imbalance.

A symptom such as anxiety, exhaustion or depression may highlight internal conflict between the conscious attitude and underlying unconscious feelings; these urgently need to be addressed. Hence Jung saw psychic contents as meaningful, as having a purpose; and similarly regarded the psyche to be ‘purposive.’

Creative tension in the psyche:

Jung highlighted a fundamental underlying dynamic within the psyche with a tension between polarities (opposites) (such as superior & inferior; giving & taking masculine & feminine; introverted & extroverted).

One member of each pair of opposites (e.g. active & passive) tends to dominate. The opposite polarity tends to be dismissed or even repressed in the unconscious where it can never the less continue to influence our behaviour even though it is not now in conscious awareness. Jungian analysis and psychotherapy regards underlying conflict as a natural process that can be transformed into constructive, creative tension.

For example the shadow side of always being pro-active and ‘doing’, is neglect of the need for stillness and ‘being’. This can lead to symptoms highlighting an imbalance such as exhaustion, pent-up resentment and blocked creativity which indicate that the two opposites need to be brought into a healthier balance. 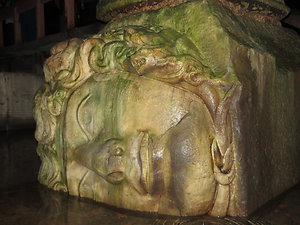 "I have noticed that dreams are ..... always a bit ahead of the dreamer’s consciousness. I do not understand my own dreams any better than any of you, for they are always somewhat beyond my grasp and I have the same trouble with them as anyone who knows nothing about dream interpretation. ” Carl Jung

Although Jung argued that dream images are not disguised but rather openly express matters that require our conscious attention; dreams can none the less be difficult to understand. Our dream-life is not constrained by the reality principle or the logic of waking life, but rather has a topsy turvy, 'Alice in Wonderland,' quality.

Dreams often compensate for our lop-sided conscious attitude, and so can be trying to communicate something which is hard to grasp because it is “ahead of our conscious awareness”. They often have more than one layer of meaning and the symbolic material in dreams can be rich, pregnant with meaning and subtle "nuances." It takes time to mull over, to play with possible personal meanings and associations to the symbols in order to unpack its meaning(s).

‘If dreams are sometimes difficult to comprehend it is because we need to understand that dreams express themselves through symbols.
… A symbol doesn’t just tell us about what the dream may appear to be about on the surface, but has meaning and resonance above and beyond the particular situation.
As Marie-Louise von Franz said:“The unconscious doesn’t waste spit telling you what you already know.”
Marcus West: SAP Article: 'Jung and Dreams'
For a longer article concerning working with and interpreting dreams see also Jungian analyst, Paul Benedetto's article '10 steps toward interpreting your dreams.' 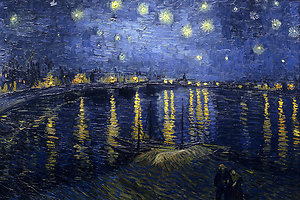 "No one who does not know himself can know others. And in each of us there is another whom we do not know. He speaks to us in dreams and tells us how differently he sees us from the way we see ourselves. When, therefore, we find ourselves in a difficult situation to which there is no solution, he can sometimes kindle a light that radically alters our attitudes—the very attitudes that led us into the difficult situation." Carl Jung

In analysis an individual's inner psychic life can be understood in much the same way as a dream: as a form of symbolic expression. For example the surface content of the material shared in a session, or the way in which someone behaves in the analytic relationship, can be thought of as unconscious glimpses or expressions of the individual's inner world. These underlying meanings can be communicated by means of interpretations and explored in a developing and deepening dialogue within the analytic relationship.

"Interpretations in analysis make use of a kind of symbolic imagination in which apparently ordinary events and statements take on additional layers of metaphorical meaning."
Warren Colman.
Chapter entitled 'Dream interpretation and the creation of symbolic meaning.' in Jungian Psychoanalysis working in the Spirit of Carl Jung (M. Stein (ed)
This style of thinking about, playing with and working with the symbolic material in dreams is a good illustration of adopting a symbolic attitude. Such a symbolic attitude is adopted when working with any material in the analysis. It illustrates and typifies a particular way of thinking about and exploring the unconscious world. The symbolic attitude is common to all analytic work; and the capacity to work with the symbolic is cultivated within both members of the analytic couple as part of the analytic relationship. Working symbolically with internal conflict can be illuminating; it can offer fresh insights and perspectives that transform or transcend an intractable problem and may open up other creative avenues.

“A symbol is the best possible formulation of a relatively unknown psychic content.”
Carl Jung

Jung's concept of individuation is fundamental to his psychology; it relates to the process of self-discovery; deepening self-realisation alongside finding one's place within society :-

‘Individuation means becoming an “in-dividual,” and, in so far as “individuality” embraces out innermost, last and incomparable uniqueness, it also implies becoming one’s own self. We could therefore translate individuation as “coming into selfhood” or “self-realisation”. Carl Jung
Individuation entails trying to discover and become more fully and truly who we essentially are deep down. The process of individuation depends upon an exploration of the interplay between and transcending the opposites.

Analysis and the analytic relationship can facilitate the individuation process:-

“…. The analytic situation allows both participants to join in a quest for truth; to express and experience the self in ways in which are often prohibited by compromises made in the service of social acceptance in non-analytic relationships.”
Martin Schmidt: SAP Article: 'Individuation.'
In addition there is a spiritual dimension to human life and the individuation process. Jung regards spirituality as a basic and profound need within us all and drew a distinction between spirituality and organised religion or specific religious dogma:-

“Over the door at his house in Zurich, Jung had inscribed: ’Whether summoned or not, God will be present’ (Vocatus atque non vocatus, Deus aderit’ ). This sums up Jung’s attitude to religion and spirituality, in his life and work. They are ever present and hugely powerful, even if unacknowledged factor. Jung differentiates between religion and spirituality. He understood our spiritual needs …. as basic, as profound, as essential as these other deep guides or archetypal patterns which govern how we try to live.” Margaret Clark: SAP Article: 'Spirituality and Religion.'

The debt we owe to the play of imagination is incalculable.
Carl Jung 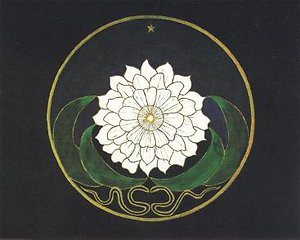 Images on this page